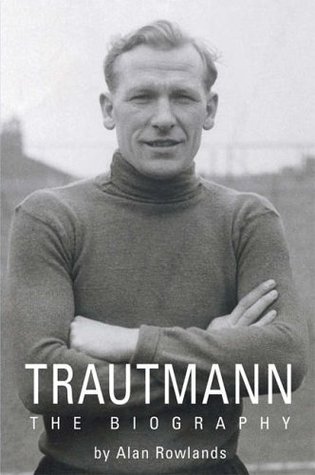 When a work colleague who has no interest in football whatsoever asked me what I was reading (at break time obviously!) and I told him it was Bert Trautmanns biography, he asked who he was. I told him it was the goalkeeper who broke his neck in a cup final and carried on playing - he said he had heard of the incident.

We were both born in the 1960s, by the way. It just shows how far the Trautmann legend has travelled.I soon learned that there was a lot more to Trautmann than breaking his neck. From growing up in tough times in Germany, getting caught up in the Second World War and taken prisoner (read the book), before ending up in England and realising that the British werent so bad after all. The book says a lot about English and German attitudes as well as seeing things from a more personal perspective.Bert led a life that was often complicated and traumatic, but there is no doubt that some of his misfortunes were down to himself.

The reader follows Bert through his playing career, his life after hanging up his gloves and his adventures until his retirement. At the end of the book are quotes from admirers and statistics.Alan Rowlands is firmly in the Bert Trautmann camp and no doubt other authors might have chosen to make more of some of the big mans shortcomings which are mentioned here, but only briefly.

However, Trautmanns status as a Manchester City, goalkeeping, and folklore legend is warranted and secure. His story is fascinating and brought to life by Rowlands in this readable biography.