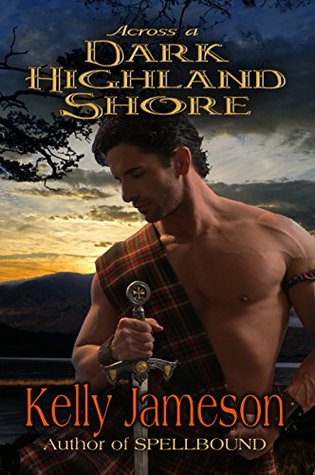 1447. Winter has wrapped its icy fingers around the Highlands. The MacKinnon clan is in chaos. Weakened by battle losses, treachery, and a lack of leadership, a Hogmanay celebration turns ugly as clan members decide to burn a witch at the stake—one of their very own, Isobel MacKinnon, a castle servant with the Sight.

As flame is about to be touched to the kindling at her feet, five warriors appear in the snowy night, rescuing Isobel from a fiery death. But the mysterious leader of the warriors, a fierce Highlander called The Black Wolf, has saved his enemy’s life for selfish reasons. He needs a witch.Isobel has seen the brutal and haunted Highland warrior in her dreams and now he stands before her—taller and stronger and more terrifying than any man she’s ever laid eyes on.

Leith Maclean—enemy to the MacKinnon clan—is flesh and blood, a proud warrior whose ancestors battled Vikings.The amber-eyed warrior is determined that Isobel shall divine his future and use her gift of Sight to help him win the hand of the woman he loves, his future battles, and peace with the Campbell clan.But Leith Maclean is bewitched by the blonde beauty who emerges from peasant rags and surprised by the intense feelings she inspires in him. As Isobel attempts to aid an enemy clan, she cannot resist wanting to heal Leiths wounded heart too...and finds herself yielding to her handsome enemy’s touch.Her sensual surrender awakens in Leith a love as mighty and relentless as his ambitions, and he will not claim true victory until he has won the affections of the proud little witch who now commands his heart.